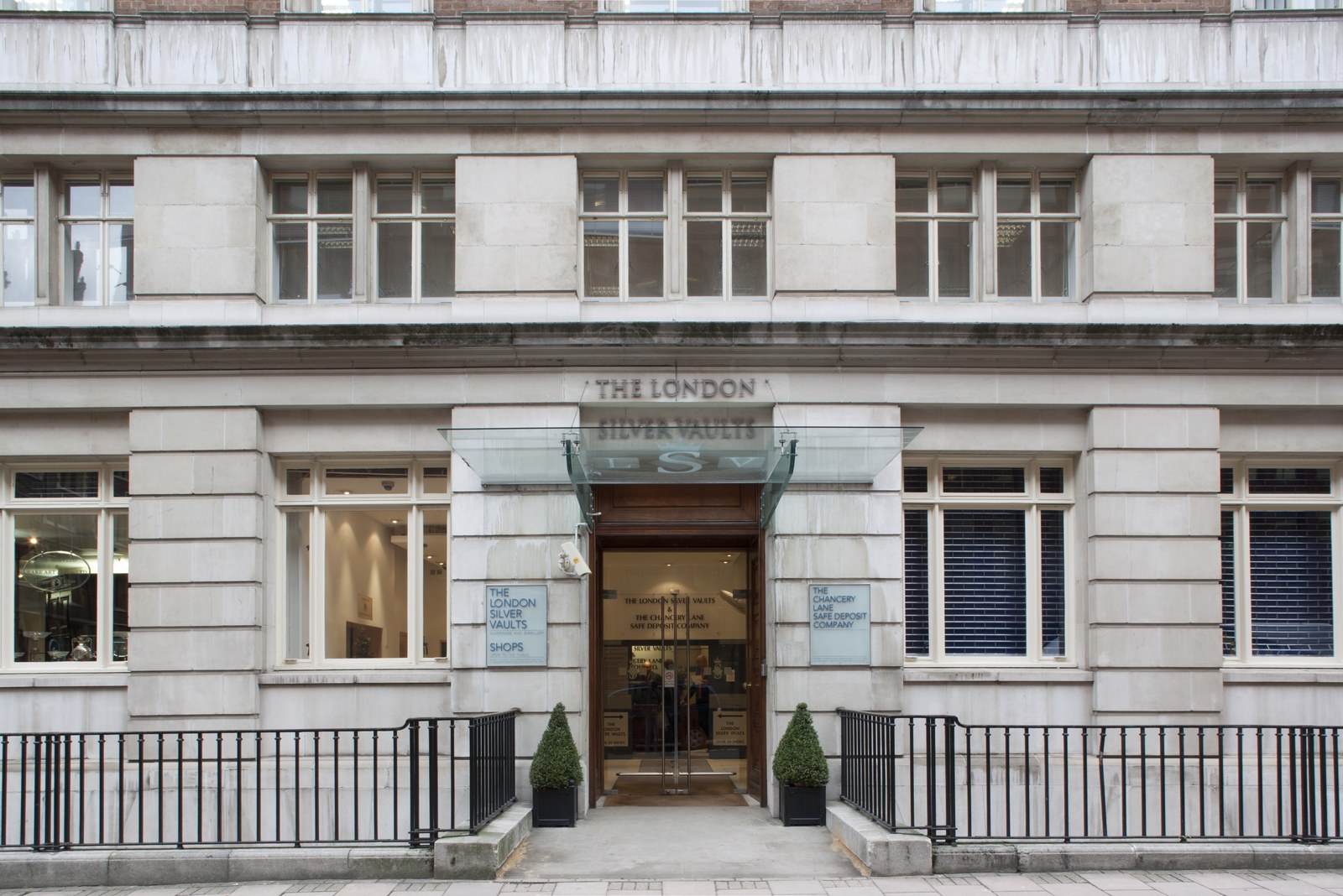 The Vaults originally opened in 1876 as a safe deposit for the wealthy, and was used as a secure storage place for London’s silver dealers during World War II.

With 1.2-metre (3.9 ft) thick walls lined with steel, the vaults were never broken into. The building above the vaults was struck directly with a bomb during World War II – however, this did not damage the vaults at all, despite the building being destroyed.

A new building, Chancery House, was constructed ten years later,and since 1953 it has been in its present format, with shops based underground.

It is said that it has “the largest single collection of silver for sale in the world”, contained within more than thirty shops.

Check out a couple of youtube videos below showing the london silver vaults in all its glory. These are not produced by Belmont Jewellers